The Democrat Gazette reported on a study finding Arkansas’ combined state and local sales taxes are tied with Tennessee for the HIGHEST in the country.[i] (Although Tennessee is tied with Arkansas for worst sales tax, Tennessee doesn’t impose an income tax on wages.) 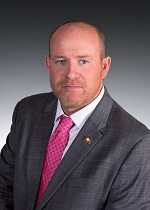 The reporter sought  Representative Jeff Wardlaw’s -R comments on the news that Arkansas is tied for worst sales tax.  Wardlaw’s comments were sought because he was the sponsor of a proposed constitutional amendment to impose a ½ % sales tax for roads. The tax will be on your ballot at the November 2020 election.

Was Wardlaw concerned about Arkansas’ high sales tax?  Actually, his comments reflected an opposite concern. He is concerned the news of Arkansas being the worst might hurt the chances of passing his ½ % sales tax.

Wardlaw tried to justify his proposed ½ % sales tax by claiming it is merely a continuation of an existing tax for highways and roads.

“But I also think, though, that we are just continuing [the half-point increase] and I think that is going to make it easier for the voters [to approve it] because it is not a new tax,” he said. “It is a continuation of a tax they have been paying for the last 10 years.”[ii]

Saying it is a “continuation of an existing tax” is akin to claiming a duck and an elephant are the same thing because they both have a head, two eyes and a mouth. 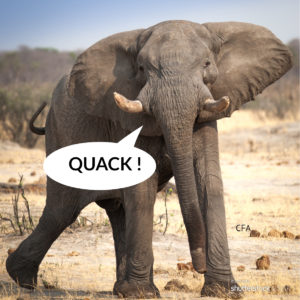 The proposed Wardlaw ½ % sales tax is a new tax that if passed by voters would be imposed after an existing ½ % sales tax expires.

The existing tax is very different from Wardlaw’s proposed tax.  The existing ½ % tax was levied to pay for specific highway projects and the tax ends once the projects are paid off.  If Wardlaw’s tax was merely a continuation of the existing tax, it would only be imposed to pay off those specific projects.  But those projects will have been paid off before the Wardlaw sales tax is imposed.

The Wardlaw sales tax is for highways and roads but it is NOT limited to paying off specific highway projects and has NO end date.

Instead of looking for ways to lower the sales tax, Wardlaw wants you to vote for his sales tax. And it is not just Wardlaw. Wardlaw’s proposed tax will appear on the 2020 ballot BECAUSE it was approved by a majority of the House of Representatives and a majority of the Senate.

While Wardlaw’s comments did not reflect concern over the high sales taxes in Arkansas, some other politicians have expressed concern yet seem to be happy to support imposing the new ½ % sales tax.