Getting the Cart Before the Horse

While the task force is looking for more places to collect more tax, it is ignoring Arkansas’ obvious tax problems: 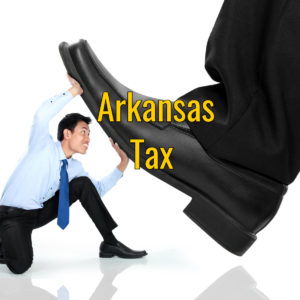 The legislature should be busy determining which Arkansas tax rates should be cut to make Arkansas competitive with other states and to give relief to Arkansas taxpayers.  If the task force won’t do it, the Revenue and Tax Committees of the Senate and House should start work immediately.

The Arkansas legislature and Governor Asa Hutchinson should be busy recommending where to cut state expenditures because state spending is high.

Time is slipping by and the task force seems to have no appetite to address Arkansas’ high taxes, but it does have an appetite for finding more places to collect more tax. Why is the focus on more tax collections?  Perhaps because a large majority of the legislators picked to be on the task force voted for one or more tax increases this year.

The latest tax exemption to make the news is Act 573 of 2015 by Senator Bart Hester. His legislation exempted property leased for billboards from the regular property tax rate based on fair market value and established a much lower rate based on cost. His legislation is being challenged as not having received enough votes, and it is claimed he needed a three-fourth’s vote and did not receive it. Senator Hester is a member of the tax task force. Hester has owed billboard land in the past and has land that is subject to a billboard easement but is not receiving revenue from the easement.[i]

Let’s look at the exemptions costing the state the most revenue.[ii]  You may be surprised to learn the top three exemptions directly affect you, the taxpayer:

The next three most costly exemptions affect large portions of the state economy and indirectly affect taxpayers.

Again, the problem is… the task force is looking for ways to collect more tax when they should be looking at how to reduce Arkansas’ high tax rates. Tax fairness cannot be found if the tax burden on Arkansas taxpayers remains higher than the tax burden on taxpayers in the neighboring states.