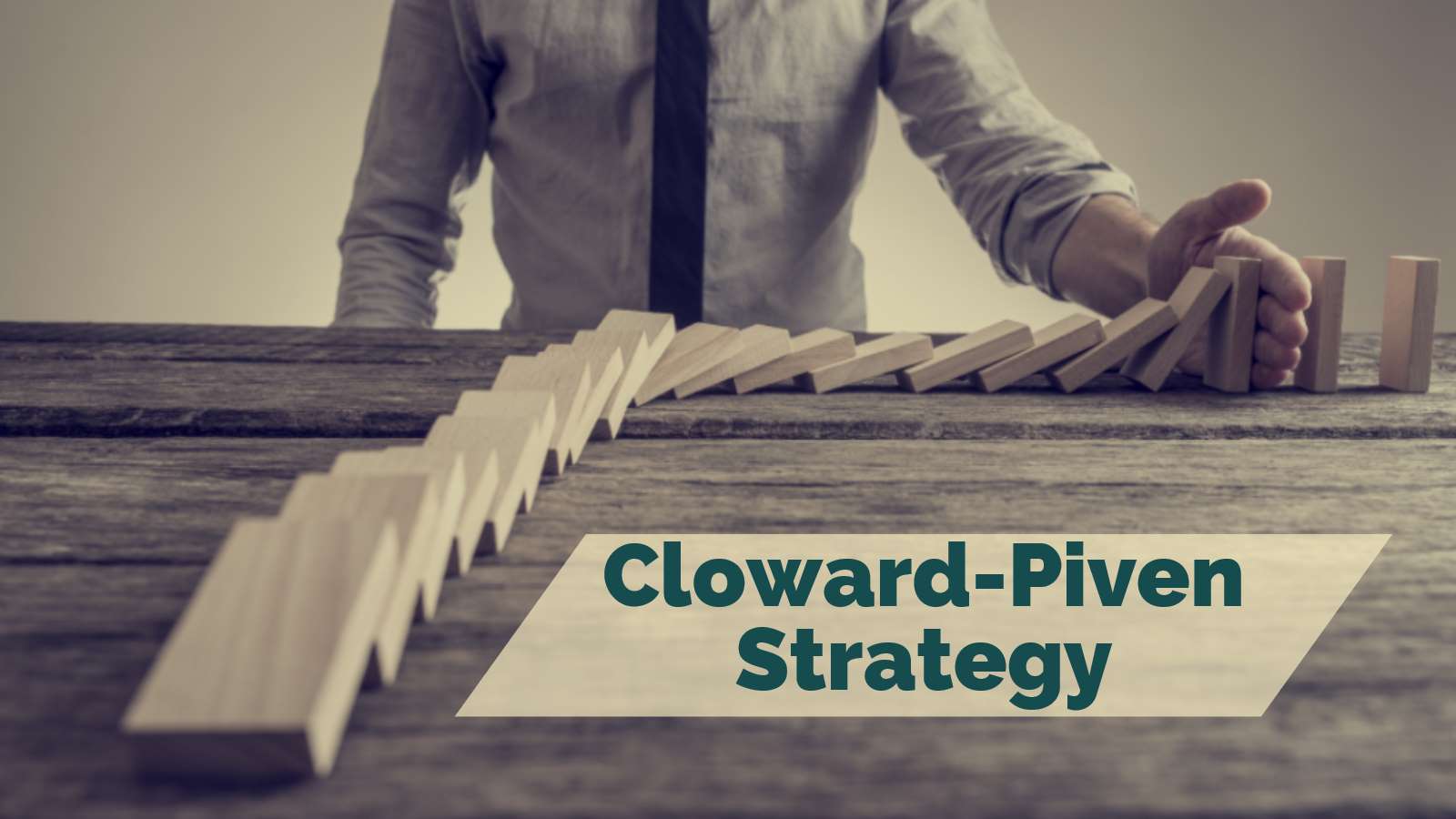 Last Fall, Conduit for Action published an article titled “Are you the victim of Rules for Radicals?” to highlight the political tactics of those seeking to diminish liberty. At the end of the article there was a tease for a future breakdown of The Cloward-Piven Strategy. This is that article.

As a background, Frances Fox Piven is a professor of political science and sociology at the Graduate Center of the City University of New York.[2] The late Richard Cloward was an sociologist and liberal activist, and Piven’s spouse.[3]

Their “strategy” to implement political crisis to achieve a guaranteed annual income was published in the May 2, 1966 of The Nation, a leading liberal political and cultural magazine. In this publication, their main goal to achieve the crisis was to have “a massive drive to recruit the poor onto the welfare rolls.” A federal program to administer these large welfare programs would be needed. This is because if it is administered locally, there would be lower enrollment because “the poor are most visible and proximate in the local community; antagonism toward them has always, therefore, been more intense locally than at the federal level.”

This means that if there was more oversight at the local level it would not allow the welfare rolls to increase to the levels needed to cause a financial crisis. Therefore, their solution was to move programs to Washington D.C. where people are not as aware of the costs and oversight of the programs.

The strategy also rejected that a person could overcome poverty through any “institution of private enterprise”, signaling that hard work, education, and personal responsibility are not a solution to poverty. Their only solution is a “federal program of income redistribution” to “elevate the poor en- masse from poverty.”

The solution of a guaranteed income to end poverty also must be free from any sort of conditions, like work requirements. They say, “conditional benefits result in violations of civil liberties throughout the nation, and in a pervasive oppression of the poor.” So, according to them, not only are people entitled to other people’s money, there can be no conditions on that. Under this logic, they are entitled to the coercive taking of others money because they exist. Cloward and Piven also stress the importance of marketing these benefits to the masses.

The Cloward-Piven strategy also stresses that any removal of benefits should require stringent legal review. The benefits should require administrative hearings with additional court hearings to place barriers to the removal of benefits once received. They hypothesized that lawyers could “be recruited on a voluntary basis, especially under the banner of a movement to end poverty by a strategy of asserting legal rights.” Enter the ACLU.

The liberal strategy calls for a “climate of militancy” that would overcome attitudes of being on welfare. They state that “as the crisis develops, it will be important to use the mass media to inform the broader liberal community about the inefficiencies and injustices of welfare.” The liberal infestation of mainstream media has occurred.

Their ideal political movement would be “cadres of aggressive organizers . . . from the civil rights movement and the churches, from militant low-income organizations like those formed by Saul Alinksy and other groups on the Left.”

Their plan was also ahead of the curve on implementing generational welfare dependency because they highlight that “once eligibility for basic food and rent grants is established, the dram on local resources persists indefinitely.” Their target demographic was “a coalition between poor whites and poor Negroes.”

Their “ultimate aim of this strategy is a new program for direct income distribution”, also known throughout history as Socialism/Communism which has led to the death, despair, and depravity of hundreds of millions.

The four steps of the Cloward-Piven Strategy:

As Milton Friedman famously said, “there is nothing so permanent as a temporary government program.” This is because government sets out to “fix” a problem with a new program. However, that program never seems to go away. Does this mean government never fixes a problem, or that government will never shrink unless forced to do so by receiving less money?