After a series of guilty pleas and a conviction, Arkansas politicians are finally waking up to the fact that Arkansas ethics laws and investigations of corruption are lacking.  Recently, the Arkansas Senate adopted revisions to its Code of Ethics. Then, Attorney General Leslie Rutledge announced she would hire a pair of investigators to investigate public corruption. 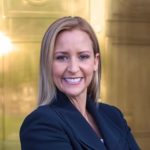 The commission is not the strong agency envisioned by those who worked to create the commission and gave it the power to initiate investigations. According to a former commissioner, throughout the years the commission has asked for more staff with only limited success. Also, cited were changes in the ethics law that has weakened the commission’s role. So here we are back full circle to ethics investigations being made by the Attorney General’s Office, which was rejected by initiated act.  Eventually, the problem of providing ethics investigations should be fixed by increasing the authority, independence, and staffing of the Ethics Commission. In the meantime, there seems to be plenty of corruption for the Attorney General, the feds, local prosecutors and everyone to investigate and still not get everything covered.

We would be remiss if we did not mention there is a concern that having investigations conducted by the Attorney General’s Office could be used as an excuse by the feds to punt corruption cases down to the state, causing delays and limiting continued investigations.

We are not really into conspiracy theories, but we included this one for your entertainment. Then again …. we can all wait around to see whether the conspiracy theorists finally get one right.[iv]