Governor Asa Hutchinson has spent the past three years accumulating a record of growing government, trying to raise taxes, and killing or watering down conservative legislation.   Now that he has an opponent in the Republican Primary he is trying to “appear” conservative with a rapid succession of conservative sounding statements.

If campaign ad was made out of his recent statements it would look like this -below. 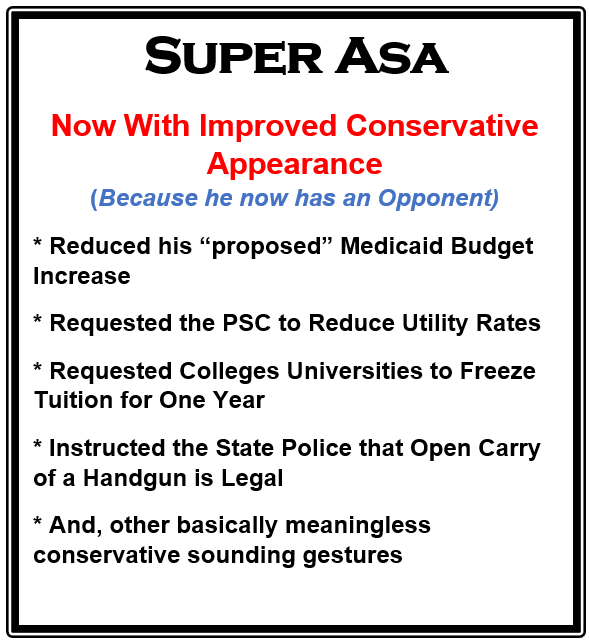 We looked at the Governor’s recent posturing on the four topics. Good sound bites, but not much of anything to it.

Maybe if the Governor had an announced opponent last year we wouldn’t have had a 2017 legislative session where he passed so many taxes: a special tax on the mounting of new and used tires, a sales tax increase on soft drinks and candy, a new sales tax on internet downloads, and an income tax on unemployment compensation.  Perhaps if he had an opponent last year he wouldn’t have tried to pass an internet sales tax and a tax on gasoline and diesel.  Perhaps if he had had an opponent he wouldn’t have put stumbling blocks in front of conservative legislation.

Don’t get fooled again, no no 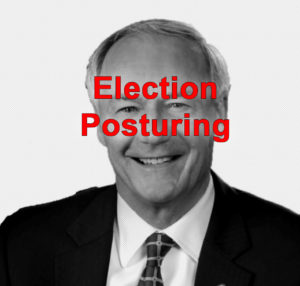