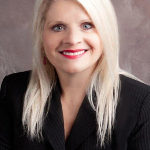 The continued confusion over the issue is evident by a recent statement of Governor Asa Hutchinson who recognizes open carry is the law but says you must have a license to carry concealed. Senator Collins-Smith challenges this view by saying — Show me the prohibition. Show me the penalty.

Here is Senator Collins-Smith announcement that appears on Facebook:

I have requested Attorney General Rutledge’s opinion concerning whether there is any penalty for carrying a concealed handgun. Although it has been recognized for several years that a person may carry a handgun in the open, the existence of a permissive concealed handgun license law has caused confusion over whether a license is required to carry the same handgun concealed. I do not think the law has any prohibition for carrying a concealed handgun without a license. It is my hope the Attorney General will help gun owners by clarifying that there is no penalty and that Arkansas passed true constitutional carry (open or concealed without a license). Constitutional carry is not a novel idea. It has been pointed out to me even Senator Bernie Sanders’ home state of  Vermont is one of the constitutional carry states.

In 2013 the offence of carrying a weapon was changed so that you weren’t in violation of carrying a handgun unless a prosecutor could show you intended to employ the handgun unlawfully against a person. It was soon recognized the 2013 law allowed you to carry openly if you weren’t in a place where handguns were prohibited by law or by the property owner. But confusion was created concerning carrying a concealed handgun with some people saying the mere fact Arkansas has a concealed handgun law means you must have a license to concealed carry. The problem with the argument is that it is based on an assumption and not on what the concealed handgun law says.

Watching for the Attorney General Opinion

It doesn’t matter whether you are a gun control nut or a supporter of the Second Amendment.  The question Senator Collins-Smith poses is: What does Arkansas law say?  Since there is no prohibition or penalty in the concealed handgun law, it would be a challenge for even the best liberal activist judge to come up with an argument to prohibit concealed carry without a license.