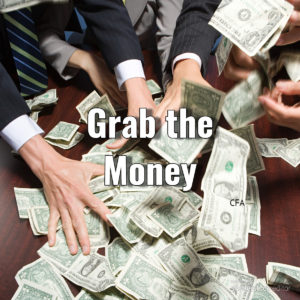 While we think it is still likely the bill will pass, it looks like the delay is because tax-and-spend politicians want to get their hands on the $104 million surplus in the Property Tax Relief Trust Fund instead of using the fund to increase the property tax relief in the future.

This would not be the first time politicians have raided the fund.  For example, in 2005 the legislature authorized the transfer of over $40 million out of the trust fund to general spending[ii].  In 2016, one of the trust fund’s sources of income was taken away and is now used for highway spending.[iii]

Imagine how much property tax relief could be gained by taxpayers if the politicians did not view the Property Tax Relief Trust Fund as just another slush fund for their projects.

The Property Tax Relief Trust Fund was created in response to the people approving Amendment 79 in 2000. Amendment 79 requires the legislature to provide at least a $300 property tax credit for homesteads. As stated above, the law now provides a $350 tax credit.

Although the legislature named the fund with the words “Property Tax Relief” they never closed the door by saying the fund could only be used for property tax relief. Without a restriction, the fund has been treated just as another slush fund.

These statements show how politicians view the fund.

Senator Jim Hendren: “‘I am not saying it [passage of the bill]is not going to happen, but are we going to make certain that that’s the best use of those surplus dollars? Yeah, we are,’ he said. ‘I think certainly one of the keys is going to be, well, if we don’t do that, what would happen to the dollars, so those are the discussions that are happening right now.’”

Governor Asa Hutchinson: “Hutchinson said Wednesday afternoon in a written statement, ‘I continue to support the increase in the homestead tax credit. Beyond that, we will study future use of the remaining fund balance, but I support the legislation,’ said the Republican governor, who is Hendren’s uncle.” [iv]

Even Representative Lanny Fite’s bill includes a study to be conducted after the legislative session on how to use money in the Property Tax Relief Trust Fund.  Apparently, Fite’s timeline is just not quick enough for those who don’t want to have to wait to grab the money.

[iii] http://www.arkleg.state.ar.us/assembly/2015/2016S3/Acts/Act1.pdf Prior to the 2016 transfer of funding sources.  A small percentage of diesel fuel taxes were transferred for use for several purposes other than highways.  The law said the transfers were to offset some tax exemption allowed. See Sections 9 & 17