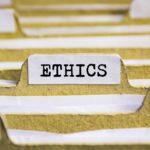 Due to mounting criticism because of continuing corruption cases involving state Senators, Senate leadership is proposing changes to the Arkansas Senate’s Code of Ethics.

There are several good changes being proposed.

This is a review of the proposal.  I have divided the subject as follows:

I previously reviewed the part of the proposed rule changes taking away jurisdiction from the Senate Rules Committee and giving it to a small handpicked committee appointed by the President Pro Tempore of the Senate.  This power grab negates much of the improvements being proposed in provisions on conflict of interests and financial disclosure.  I will not be reviewing the power grab in this article because it was covered in (Senate Ethics Rule Removes Role of Senators Critical of Business As Usual).

This article is written primarily for political insiders. If it reads too much like “inside baseball” for your taste feel free to skip down to the section on ‘Glaring omissions” or “Ironic circumstances.”

While improvement is made, some of the changes would benefit from further revision before rushing in to pass the proposal and declare victory.

If the Senate is to begin building public trust it must change the way it does business in the shadows.

(A) Video archive. If you are going to improve the ethics of the Senate the very first step is to make its proceedings more accessible to citizens.  Videoing and archiving the video of Senate proceedings including Senate committees are needed to repair the public perception of the Senate as a body that tries to hide from the public. Unfortunately, many Senators (public servants) prefer to have an audience primarily of lobbyists and school children on a Capitol tour.

(C) Record all votes.  How did your Senator vote? Many votes are taken by voice vote leaving you with no idea how your Senator voted.  Recording all votes would not be a burden to the Senate.  Committee roll calls are quick since there are only eight Senators on subject matter committees. In the Senate chamber an electronic voting system to record all votes should speed up Senate proceedings by not spending as much time on calling the roll. An electronic voting system for the Senate is not an issue of cost or difficult technology. A more likely impediment to progress is the fact the current system allows Senators to spend time out of the chambers without the public being aware.

I didn’t intend to write any more on ethics rules and laws, but I will do a follow up to help you understand the overall picture with regard to ethics in the Arkansas legislature.

While this article is basically written to provide details to insiders of the legislative process, I will make the next article on this subject more of a bird’s eye view of ethics in Arkansas.