The corruption cases (so far) can be summed up as: (1) a judge admitting he took a bribe to lower a judgment against a nursing home, (2) bribery of legislators in the awarding of General Improvement Funds, (3) bribery from a lobbyist/ Medicaid provider with regard to legislation and contracts benefitting the Medicaid provider, and (4) state employees and others stealing funds meant to feed children. We are watching to see where these cases lead next. 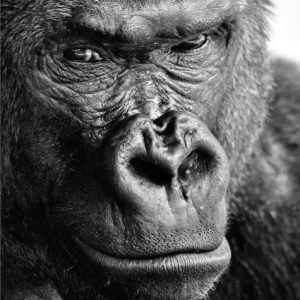 But the 800 lb gorilla still hasn’t shown up in any indictment.

About three years ago when rumors were flying concerning FBI agents roaming the halls of the Arkansas Capitol, the scuttlebutt from people who had been interviewed by federal agents was the FBI was investigating bribery to pass Obamacare Medicaid Expansion (first called “private option” and now renamed “Arkansas Works”). The rumors about Obamacare in Arkansas have persisted but seem to be fading.

The votes on Obamacare Medicaid Expansion in Arkansas is the 800 lb gorilla of the corruption investigations.

Obamacare Medicaid Expansion was first passed in 2013.  The stakes were high.  We aren’t talking about millions…. it is billions. With its passage huge piles of money would go to hospitals and other Medicaid providers, and there would be big stacks of money for insurance companies who would get a big slice of the pie because unlike other states Arkansas would run Obamacare Medicaid Expansion coverage through insurance companies.

The pressure from those wanting to grab the money was so intense that legislators talked openly about intimidation and incentives offered to pass Obamacare Medicaid Expansion.

Representative Richard Womack said: “A lobbyist asked me if I would consider changing my vote [on Obamacare Medicaid Expansion] for $20,000-$30,000 in my campaign account, as soon as they could put it in there legally, and two elections unopposed.”

Senator Allan Clark was interviewed by Paul Harrell and Clark said “Pray for us” as he described previous intimidation, blackmail and bribery over Obamacare Medicaid Expansion.

Representative Bruce Westerman (now U.S. Congressman) alluded to it as he spoke on the House floor in 2013 asking, “Is this vote worth thirty pieces of silver?”

Isn’t it curious that the 800 lb gorilla seems to have slipped out of public view.

If you would like to hear Clark’s and Westerman’s statements we have the sound files available in this previous article “Despite past allegations of bribery and intimidation, Arkansas committee says “no” to disclosure bill.”