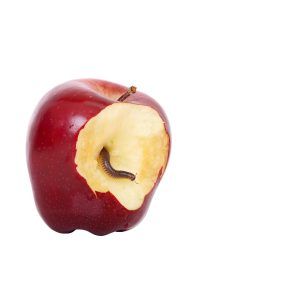 How was Common Core imposed on Arkansas schools? It started with deception in the Arkansas legislature.

Three steps were taken to make sure the legislation passed without notice.

Just a few lines concerning Common Core were tucked away in a long and seemingly boring bill requested by the Department of Education.

An act to amend various provisions of Arkansas Code Title 6 concerning public education; to make technical corrections to Title 6; and for other purposes.

The title tells you NOTHING…. other than it has something to do with “public education.”

If you read the rest of the front page and the next several pages of the bill, you still won’t read anything about Common Core. The words “Common Core” appear only once on line 24 of page 6. It is a 35-page bill. In just a few short lines of a seemingly boring bill, the legislature gave the State Board of Education the power to mandate Common Core in your public schools.

Much like the Trojan Horse, a very close inspection was necessary to find the danger lurking inside.

Since the bill came from the Department of Education, we wonder if the sponsors of the bill were made aware of the Common Core provision. If they were, they didn’t mention it.

Step #2 rush the bill through.

Another element that made this Trojan Horse so effective is the timing for when the bill was presented. The bill was not run until very late in the 2011 legislative session. The legislature was rushing to finish.  Committees were meeting more than once a day and the House and Senate were meeting long hours hurrying to finish. This is a time when many bills speed through the process with little to no examination.

Curbing deception in the legislature

Remember Nany Pelosi’s crazy statement on the Obamacare bill, “But we have to pass the bill so that you can find out what’s in it….”  Is Arkansas operated any differently?

Reasonable legislators should amend their rules to require honest bill titles which summarize each issue presented in the bill.  Instead of a meaningless two-line title, an informative title might be a page or more long.  That is not much to ask the legislature to do, considering the deceptions that occur with meaningless bill titles.

Last legislative session Senator Linda Collins-Smith filed SJR10 to take a first step to stop deceptive titles.  Her proposal only applied to ballot titles for constitutional amendments proposed by the legislature but it was an important first step. Unfortunately, the committee kept her proposal bottled up in the committee.

Unless you insist your legislators write some basic legislative rules to require legislation to have meaningful titles, we will continue to be surprised by these Trojan Horses.