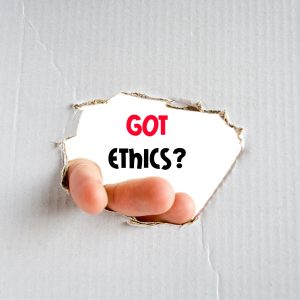 Unless you have avoided reading and watching the statewide news for the past year, you know Arkansas politicians and former politicians are going to jail for corruption. Yet the good ole boy system is still rewarding politicians who are willing to play ball or cast a blind eye at the system.

I sometimes read Max Brantley articles on the Arkansas Times – liberal but often informative. It is no surprise that when the Times posts an article about public corruption many of the liberal readers immediately blame all corruption on Republicans.

On the other side, Representative Bob Ballinger wrote a guest article to the Democrat Gazette in which he blamed the culture of corruption on 138 years of Democrat control of Arkansas government.  He said corruption reached its pinnacle during the days of Bill Clinton as Governor.[i]

But I don’t think political party is a distinguishing factor, other that it is more often members of which ever party is in power since politicians in positions of power or influence have the most opportunity to use their position for financial gain.

How High’s the Water, Mamma?

Did corruption really reach its high-water mark during the days of Governor Bill Clinton?  If so, that means the waters of corruption have been ebbing for the past twenty-six years. Do you notice any difference?

Despite Clinton leaving office, in the late 1990’s there was a flood of corruption investigations and convictions of legislators. There were convictions for rigging a new state program so that it benefited certain politicians and their friends, a conviction for a legislator soliciting bribes from owners of greyhound racing dogs, and a conviction for mail fraud in sale of equipment to a state agency.

And of course, there is the current prosecution of Senator Jeremy Hutchinson and other ongoing investigations.  Plus, we continue to hear about legislators indirectly benefiting from grants, etc.

Did corruption reach its high-water mark twenty-six years ago or more? In the words of Johnny Cash, “How high’s the water, Mamma? Five foot high and risin’.”

Tougher Standards Versus the Citizen Legislature

Recently, the Arkansas Senate revised its unused process for hearing ethics complaints. One of the newly appointed Senate committee members soon expressed concern that if more disclosure is required of senators it could discourage good people from running for office. That is the same line that is always used against ethics legislation.  I heard it in 1988 when the legislature considered and rejected major ethics legislation proposed by… Governor Bill Clinton. Clinton then took his ethics legislation to the people through the petition process and it passed in November 1988. Clinton’s legislation wasn’t perfect and had loopholes, but it was a substantial improvement over the nearly nonexistent rules prior to that.

There have been numerous changes to the ethics laws since 1988. Sometimes a new scandal has inspired the closing of a loophole but more often both Democrat and Republican politicians have been busy adding loopholes.

After the spate of public corruption convictions in the late 1990’s, the legislature passed additional ethics rules but built in loopholes to keep the new rules from being a hindrance while allowing them to look tough.

A few years ago, the legislature made a big deal out of prohibiting lobbyist gifts to public officials, but the legislature included huge loopholes, such as allowing lobbyists to sponsor events for legislators and which resulted in so many special events that on many days during a legislative session it is three meals a day and drinks. I asked a lobbyist how the new rule had affected lobbying business.  He replied “Pffft. Not at all.”

They Don’t Talk in That Neighborhood

If you watch cop shows like the First 48, you will hear law enforcement refer to some neighborhoods as having the reputation of being a place where no one talks to the cops. The Arkansas Capitol is like that. Well at least until someone gets caught and agrees to wear a wire.

Senator Bryan King is an example of what happens to a legislator if he dares to say “Things are not all right here.”  King dared to criticize programs for not being conservative and, even worse, tried to shine light on the cozy relationship between Medicaid providers and legislators. For not going along with the crowd, he was punished by the establishment by making sure he wouldn’t be the chair of Legislative Audit where he had used the chairmanship to expose problems with state programs.  Then they took his legislation on voter ID and had someone else introduce a version, so they wouldn’t have to vote for his bill and let him get credit.  When that didn’t get him in line, they got him an opponent and defeated him for reelection.

Remember. In Little Rock you have to go along to get along.

Even I Pull My Punches

I understand it must be hard for legislators to go against a colleague who uses his office for personal advantage. Even I have pulled my punches in my criticisms here and I was just a legislative employee and I haven’t worked for the legislature in years.  It is hard, because in my thirty-two years of working for the legislature I enjoyed working with and visiting with almost all office holders and that even includes several public officials who now have criminal records. Although I don’t like how special interest and their lobbyists are able to get politicians to grow government, I personally liked the lobbyists I dealt with.  Imagine how much more difficult it is for legislators to rat out their colleagues. Which reminds me – forget about the legislature self-policing.

I don’t like to talk about the politicians I knew who became felons, but the reason I am writing is because there have been many public officials who served honorably but who are being painted with the same brush as the politicians who use their offices for favors and personal gain.

Some ethics reformers like Senator Bryan King are serious about their efforts and are willing to pay the price for going against the good ole boy system. But not every supposed reformer is interested in reform. Sometimes it is just posturing for political advantage. Here are a few memories from decades ago.

You can’t fix everything.  Rules are not going to keep someone from taking a pie box full of bribe money.  But stronger laws can improve the situation.

To me, the only hope to stop the rising waters of corruption is adopting much tougher and more frequent disclosure, imposing higher penalties, eliminating the “do over rule”, bringing more transparency by recording and posting every vote cast in the legislature, eliminating loopholes amended into ethics rules and laws, and making the Arkansas Ethics Commission stronger and more powerful.

I certainly don’t have all the solutions.  I just know two things: First, politicians have played ethics as a game for far too long.  Second, no longer can Arkansas afford to be distracted by the argument that tougher ethics rules will keep good citizens from running for office.

The people who could give you much better suggestions for tougher ethics laws than I could would be former legislators who know how things operate, who served honorably, never held a position of leadership in the legislature, never became a lobbyist or state employee, and are no longer in politics.

The next group that could give you advice on ethics legislation, but who would probably not want the attention, are the politicians who became felons and have worked for years to put their lives back together.

What We Don’t Need

I think the public (right, left,  and in between) is sick of politicians using their offices of public trust for personal benefit. When the public complains it is natural for politicians to go into defensive mode. But that is what we don’t need.  I assume there are many rank and file legislators who are just as fed up with corruption as you are. We need is for enough of them to band together so that they do not get punished for wanting better government.

And… the last thing we need is Democrats blaming Republicans and Republicans blaming Democrats, especially while protecting their own sides. It is just a distraction – look over there.

[i] Corruption, politics, and healing, Special to the Democrat-Gazette by Bob Ballinger, Sep 23 2018