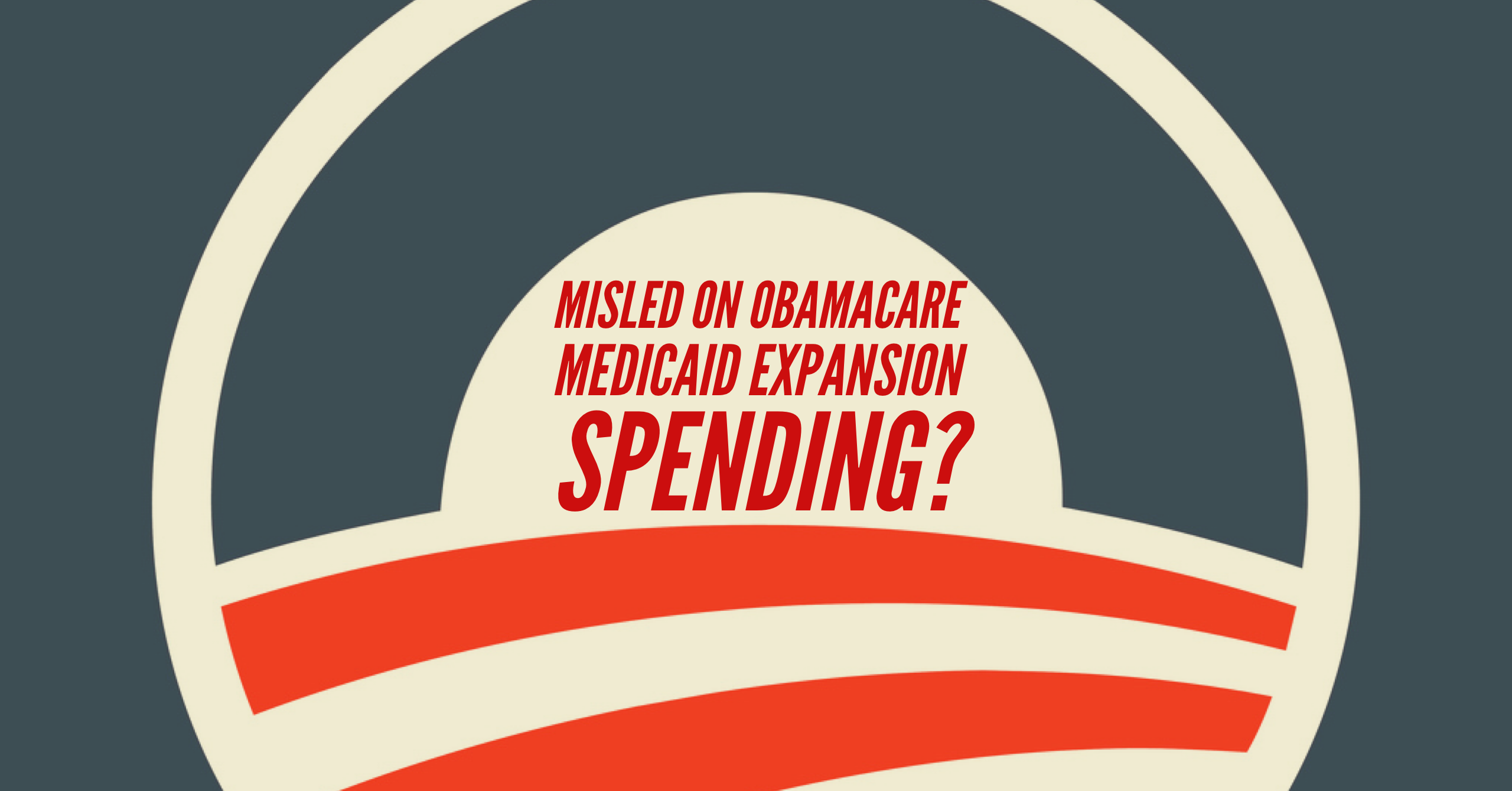 This article is being re-printed with permission from the author, Scott Lofits from Carroll County News. You can view the article in its original publication HERE. 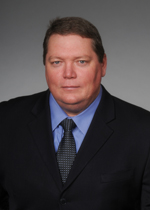 Arkansas’ state budget has been a moving target for the past several months, and state Sen. Bryan King of Green Forest says much of the turmoil is related to the expansion of the state’s Medicaid program under the Affordable Care Act.

Arkansas first implemented the Medicaid expansion in 2013 through a compromise agreement often referred to as the “private option.” That plan allowed the state to use federal Medicaid-expansion funds to purchase private insurance on the state’s health insurance exchange, with the state paying a small percentage of the costs — gradually increasing from 5 percent in 2017 to 10 percent in 2020 and beyond.

On April 8, Gov. Asa Hutchinson signed a bill enacting changes to the program. Those changes include requirements that enrollees participate in job training programs. The new law is titled “Arkansas Works.”

Later in April, Hutchinson announced $70 million in cuts to the state budget to address what he described as a revenue shortfall for the fiscal year ending June 30. However, the Hutchinson administration restored all but $10 million of that funding on the final day of the fiscal year. The state finished the year with a $15.7 million surplus, according to published reports.

King, a Republican who has been an outspoken opponent of the state’s Medicaid expansion, says the program is rife with fraud and abuse. And he says the state’s portion of the costs have contributed directly to its budget uncertainties.

“We’re in a spending problem,” King said. “Arkansas is raising more revenue than ever, and (Hutchinson) had to cut the budget. Well, you have to do that because you’re spending too much.”
According to King, the state’s spending is out of control.

“There’s two aspects of it,” he said of the state’s budget situation. “I don’t know what percentage of it, but some of it is the tax cuts that we enacted in years past that decrease revenue. Some. But the vast majority of the problem is that we are spending too much money, and when you look at our expenses, what’s went up is, 90 percent of is related to Medicaid and this expansion program.”
King said the Medicaid expansion has led some able-bodied Arkansans to quit their jobs.

“Because now we’re having the detrimental effects of disincentivizing people to work, so it’s hurting our revenue that we bring in,” he said. “We have people who were making $20,000, $30,000, $40,000 a year and people with health insurance coverage quit their jobs and now are working less. Well, when they work less, and you create a program that disincentivizes them to work, you collect less revenue. Somebody making $20,000, $30,000, or $40,000 obviously spends more money, pays more income tax than somebody who makes zero.”

“It’s over doubled,” he said. “We’re spending more than ever in Medicaid, and we’re in budget trouble at a time we’re not in a recession.”
The state’s Medicaid rolls have swelled from 215,000 people to 320,000, according to King.

“We have had situation after situation — you have to understand this is 320,000 people,” he said. “This is (equivalent to the population of) northeast Arkansas. And their average income, half of ’em make zero. And then … we have people coming down from Missouri that sign up on this program. Never lived one day in Arkansas. Never paid school taxes, never paid that kind of stuff and we’ve become a Medicaid magnet.”

The abuse occurs both close to home and half a country away, according to King.
“Do you know there are people in Carroll County with a half-million dollars in assets that are on this program?” he said. “There is somebody in New Jersey with a home valued at $750,000 that’s on Arkansas Obamacare.”

King also expressed frustration at what he described as a double standard and a lack of enforcement related to Medicaid fraud under the expanded program.
“Let me tell you something else that never has been addressed,” he said. “Why is it — if you’re on traditional Medicaid and you’re found to be collecting benefits, and you’re actually ineligible, DHS will come after you. They would expect you to pay that back. Why is it if you’re on this program, why do we have two standards that you’re on this other program — a program that I busted out, that we had somebody in every state in the union on Arkansas Obamacare, Medicaid.”

Primarily, King said he was unhappy about how state officials like Hutchinson and state Sen. Jonathan Dismang (R-Beebe), who serves as the Senate’s President Pro Tempore, have “misled” the public about the financial impact of the Medicaid expansion.
“These guys have misled people,” King said. “They’ve misled and deceived people. And for Gov. Hutchinson to go out there and say that our budget problem is not related to a spending problem is a bold-faced lie.
“When it comes to our revenue growth, and he had to project a balanced budget over the next two years, his spending target that he put in last year — which he’s not meeting because he’s having to make cutbacks — he then doubles down. He puts in a 2.9 percent growth to balance this coming year’s state budget. So he didn’t make last year’s. Now he’s already rolling that back. And it’s year two. If you wanna talk about spending, we have to have 4.9 percent growth to balance his budget. The national GDP growth is estimated, maybe a little over 2 percent. So you’re gonna say our state economy is gonna grow more than our national economy in an agriculture economy. Nah. He puts these things out there to balance the budget because our expenses, our spending side, is growing. He’s trying to catch up our revenue projections with his spending.”

King, who said he has not decided whether to seek re-election, said he was targeted by Hutchinson and other Arkansas Republicans because of his opposition to the Medicaid expansion.

“What I want to focus on is last year when he was calling me out and contacting you guys and all this to get after me and the superintendents were saying ‘if Bryan doesn’t vote for this DHS appropriation bill, it’s gonna crash the state budget,’ ” King said. “I said at the time, Medicaid was on an unsustainable path, we had too many people on Medicaid, there was corruption going on with Medicaid and lawmakers. I said there were problems at DHS that needed to be fixed. I addressed those four major concerns when I said ‘I’m not voting for this DHS appropriations bill because it’s gonna put us on an unsustainable path.’ We had too many people on Medicaid that we had to make changes to it. I said that there was corruption going on, and I said there was mismanagement in DHS that needs to be fixed, OK? Guess what? Four months later, what’s Asa Hutchinson say: ‘Medicaid’s unsustainable. We’ve got too many people on Medicaid.’ What’s happened since then? ‘State rep pleads guilty to bribery.’ Now we have all this stuff coming out and some of it’s involved with this college, but some of it’s involved with Medicaid. So you’ve got this corruption going on. I said that at the time. You know what? That’s happened. You’ve got problems at DHS. We were promised a great verification system by lying Senate president Dismang. We were promised that in 2013 — ‘you vote for this, we’re gonna get this great verification system.’ That never happened. DHS wasted $60 million on a program that did absolutely nothing. They then spent $200 million. Guess what? They’re coming back for more money because that $200 million system doesn’t work. So you have all these things come up. Why is it we have one standard for somebody that’s ineligible on traditional Medicaid, but on this expansion program they have not recouped $1 of benefits from any ineligible people?”

King said Hutchinson, Dismang and other state lawmakers aren’t being honest with the public about the Medicaid expansion.

“These guys lack the character to come back and say ‘Bryan King was right,’ and retract what they said. … They don’t want to talk about the hundreds of millions of dollars that has been paid to ineligible people, and recouping that. You know why? Because it makes them look bad.”