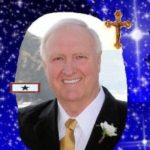 After many years of being in the Missouri Air National Guard, Senator Jim Hendren got his Uncle Asa to transfer him to the Arkansas Air National Guard.  This was done in a private ceremony under a cloak of secrecy because there are many Arkansas Lieutenant Colonels who could not be happy Hendren got the Colonel slot over them.  Hendren will be promoted to General by Asa Hutchinson when he pleases by waving a wand and firing one of the nonpolitician Generals filling the positions.

This odd fact was revealed when the court released text messages between Representative Micah Neal (through his attorney) to the FBI.

Here is the text message on the subject [NOTE: vulgarity censored]

He [Jon Woods] also said he had a great visit with Air National Guard and he has to lose 45lbs to go in as an officer… I told him he looked like he was doing better and he said he’d lost 10lbs. He said it’s also better when you stand up and say that’s enough and tell them to go suck a d***.
From Micah

Woods trying to join the Air Guard might be considered odd because:

This raises an interesting question.  What if Woods thought he could join the Air Guard as a way to avoid being prosecuted in federal court? If you are tried in a military court, then you can’t be prosecuted for the same conduct in a federal court.

When I was a Commander in the Arkansas Air National Guard I fought off political influence.  My men and women were trained and ready to go into combat on a moment’s notice.  I served under ten Governors and none of them fired me.  After 34 years I retired and the Governor through his representative asked me to take the position of Assistant Adjutant General for the Air National Guard.  I respectfully declined.  I was asked a total of seven times to take the One Star General position and declined seven times.  I retired from the Federal Government and the Guard on the same day at age 54 and completely debt free.  I had given 34 years and had other plans.  Some people would sell their souls to become a General, not me.

Service in the National Guard is extremely hard work unless you’re a politician with special privileges.  Jon Woods probably figured he could be in the military like Jeremy Hutchinson and others were working for law firms and not actually doing any work?

Maybe Woods figured he could have some kind of sham trial in the National Guard and walk away from federal prosecution?  The trial could be conducted under a cloak of secrecy like Colonel Hendren’s ascension or in a back alley off of Chester Street?

Woods had some familiarity with military law as the lead sponsor of Act 1003 (SB 795) of 2015which broadened the Military Code of Arkansas.

With Governor Asa Hutchinson fund raising for Jon Woods and supporting him in every other way, it is logical to assume Asa would slip him into a lofty position in the National Guard without jumping through the hoops common troops are subject to.

Governor Orville Faubus elevated a supply Sergeant in the Army Guard to Adjutant General jumping over 17 ranks.  The Sergeant decided he would be an Air Force General because he could be promoted to Major General faster.  It was Major General Sherman T. Clinger, the Adjutant General of Arkansas, who assembled a force of 289 soldiers under command of Lieutenant Colonel Marion Johnson when, On September 4, 1957, Johnson told nine black students who were attempting to enter Central High School to return home.

For a guy like me who hates fraud, waste and abuse, service in the Guard was a real challenge. To fight corruption, I was probably the only Director who ever asked for Arkansas State Audits.  I wanted to make sure the 100 or so Arkansas State Employees who worked for me were abiding by State Laws.

I have long advocated that the National Guard be abolished and members transferred to the Army and Air Force Reserves where politics play a much smaller part.  If the FBI is looking for corruption, the Arkansas Guard might be fertile ground.  There were several Department of Defense IG Investigations during my time in the Guard but that’s like Lucky Luciano investigating Al Capone.

NOTE: The views of the author are those of his alone and do not necessarily reflect the views of Conduit for Action.