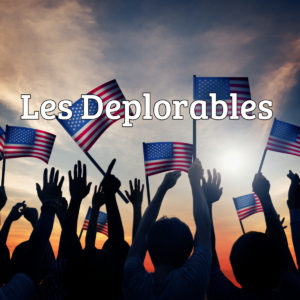 Yet, Arkansas politicians like Governor Asa Hutchinson have acted like the Donald Trump vote was a fluke and had no message from the people.

In the Republican primary your choices are:

Jan Morgan is an Arkansas business owner and an award-winning veteran investigative television journalist. You may have seen her as a regular on Fox Business News. She describes herself as “a constitutional conservative who believes in smaller, transparent, Constitutional government that puts more money and freedom back in the hands of the people.”

In 2016, Jan Morgan was National Spokesperson for Citizens for Trump and was helping elect Donald Trump. Meanwhile in 2016, Governor Asa Hutchinson was saying, “It is up to Arkansas to stop the Donald Trump show. The next generation of conservatives cannot allow Donald Trump to take everything we stand for and throw it away.” Also in 2016, Hillary Clinton was in a room full of Democrats in Arkansas, bragging on Governor’s Asa Hutchinson continued support for Obamacare Medicaid Expansion. (See video)

If you were a Donald Trump voter, will you be voting in the Republican Primary on May 22? If so, what will be your message?

FLASHBACK! – If you are still a Trump “deplorable” you will enjoy this Youtube video posted by R Powerhouse – Awesome Trump Entrance-Miami FL Rally- Les Deplorables 9/16/2016