Thanks to Jan Morgan and her supporters, Governor Asa Hutchinson had to come out and say he doesn’t support raising the grocery tax. Morgan led the opposition to the tax increase while Asa spent months trying to side step the issue.

In an interview on Conduit News with Paul Harrell, Jan Morgan cautioned that while Asa’s letter said he does not “support” a grocery tax increase, he avoids saying he would “oppose” it if it were to be brought up. And, if Asa is elected to another term he will have a free hand to do what he wants.

Morgan said there are other items on the task force list for elimination and they are things that primarily help families and farmers. She mentioned several items being considered by Asa’s task force and said, “Asa has not stood up and told his task force take these things off the table.”

Asa’s task force “was never about reforming a bad tax code, which it was supposed to be about, it is about getting more ways to get more money out of the people.” 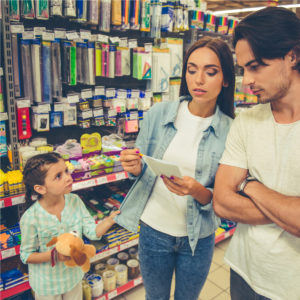 The item on top of the list of Asa’s task force is the possibility of eliminating the Back-To-School Sales Tax Holiday!

The tax holiday occurs every year on the weekend of the first Saturday in August, and the following items are exempt from sales tax: (1) Clothing; (2) Clothing accessories or equipment; (3) School art supplies; (4) School instructional material; and (5) School supplies.

Morgan, who opposes the repeal of this and other exemptions, described the importance of the Back To School Sales Tax Holiday saying:

Senator Linda Collins-Smith who was a cosponsor of the Back To School legislation, commented on the task force considering eliminating it:

That is disturbing. It is so important to parents. Many parents are just overwhelmed by the cost of getting their children ready to go back to school. It’s not just the cost of school supplies, it’s also the cost of their children’s clothing needs for the fall.

And, I have teachers in my district who pay for some of their class supplies out of their own pocket. It is bad enough they don’t have more supplies and the high cost of those supplies, but to take away their opportunity to buy them without tax would be a blow. I’m still proud of helping pass the Back to School Tax Holiday and I will continue my support in keeping it.

In Walmart the sales tax holiday seems to be the busiest time of the year, other than the Christmas season.

Governor Hutchinson has tried to distance himself from the tax task force pointing out it is a legislative task force not an executive branch task force. But he fails to acknowledge he is the driving force behind the task force.

Even if it had not been Asa’s task force the fact remains he has not spoken against the efforts to grab more tax money …. Well, until Jan Morgan backed him into a corner and he had to say he doesn’t “support” a grocery tax increase.

You spoke loudly against a grocery tax increase.

What do you want to say to the Hutchinson administration about his task force considering eliminating the Back To School Sales Tax Holiday and other exemptions that help families and farmers?