The big promise that dominated this year’s campaigns is an Arkansas income tax cut. The plan would phase in a reduction in the top marginal income tax rate from 6.9 percent to 6.3 percent over two years and would increase standard deductions. How much relief would it bring for Arkansas taxpayers? Over a two-year period, it is claimed it will save taxpayers $111 million. [i] Later over four years the rate would decrease to 5.9%. 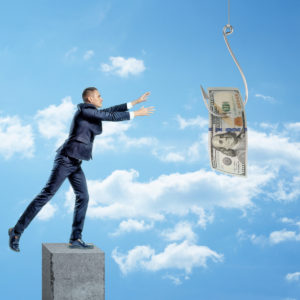 Governor Asa Hutchinson is counting on passing an internet sales tax and has included it in his budget.  The Governor also wants more tax money for highways.

But wait – there are more taxes on the horizon. Recently the Governor floated the idea of extending a general half cent sales tax that is set to expire and dedicating the half cent sales tax to highways.  This is estimated to bring in $180 million per year[iii] (Note: The Highway Commission wants $400 million a year.)

But the tax grab may be even worse.  Apparently, the Governor still wants the same highway tax plan that was rejected by the legislature in 2017 – issuing bonds and then adding another sales tax at wholesale level to collect $217 million a year. If the legislature approves the tax for the ballot in addition to renewing the half cent sales tax in place it would be a $397 million total price tag per year for highways. And only by coincidence… the Highway Commission wants $400 million a year.

INTERNET SALES TAX: On the internet sales tax you will be told it is a tax on those bad ole out-of-state sellers who are currently exempt from collecting tax (because they do not have a facility in the state).  WRONG. The tax is NOT on out-of-state sellers.  Every penny of the tax will come from Arkansas taxpayers.  Out-of-state sellers only collect the tax for Arkansas.  If passed, it will take more money OUT OF YOUR POCKET and put it in the hands of state government.

There was some talk about the new revenue being used to reduce other Arkansas taxes but the legislation filed by Representative Dan Douglas (HB1002) does not include such a provision.

SALES TAX FOR HIGHWAYS: A half cent of the Arkansas sales tax is set to expire but the Governor wants the money for highways. You will be told the extension of the tax is not a tax increase.  WRONG.  Without a change this half cent will be gone.  That means they are IMPOSING a new half-cent sales tax.  Also, it doesn’t matter whether the tax goes to the General Revenue Fund or the Highway Fund – a tax is a tax.

How To Spend Your Tax Relief Money

When you heard about the proposed income tax relief during the Governor’s campaign you may have made plans for what you will do with your tax savings.  FORGET IT!

The state already has plans on how you will spend every penny.  Only two questions remain:

[iii] $180 million based on statement that the tax would reduce the $400 million “needed” for highways to $220 million. https://talkbusiness.net/2018/11/gov-hutchinson-floats-extension-of-half-cent-sales-tax-for-highways/