The 91st General Assembly session has been frustrating for many conservatives as a large majority of the state is in a position to come out of the session paying more taxes than they were paying going in. A new tax on digital products including e-books, movies, and other digital downloads has passed and a unconstitutional new internet sales tax is still under consideration in committee. It appears as of now though that the votes are not there to pass this new sales tax on internet purchases. A tax increase on soda and candy has passed and new “fees” on tires faced pushback from conservatives but enough votes pushed it over the top in the House of Representatives last week. 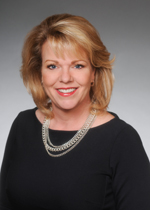 While it may seem gloomy for conservatives this session, there are some conservative measures making headway. HB1405 by Rep. Robin Lundstrum (R-H87) passed the House with 62 Yeas, 26 Nays, 11 Non-Voting, and 1 Present. Only 62 legislators voted for the cut.

Rep. Lundstrum’s bill will now go to the Senate. The bill seems like a no-brainer as it responsibly reduces the amount of time and amount of money a person receives from unemployment, thus incentivizing them to go to work sooner.