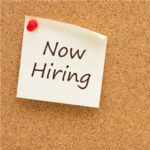 From FBI investigations we have learned that lobbyist Rusty Cranford built special relationships with legislators through jobs. But we know the practice is not just limited to Cranford.

Senator Jon Woods – Cranford had Preferred Family Healthcare hire the fiancée of Senator Jon Woods. She was paid $70,000-a-year and the job was given only two months after Woods got PFH a state grant. After she left the job her replacement was paid only $35,000 a year.[i]

Representative James Sturch – Cranford wasn’t the only lobbyist handing out jobs to legislators.  Lobbyist Chadwick Gallagher hired Rep. James Sturch sometime in 2014 apparently after his election was secure and Sturch continued to have a position with Gallagher in 2015 and 2016. Gallagher’s holdings and property business for which Sturch received income has the same address and is in the same house as Gallagher’s lobbyist business.  The business is located in DeQueen over 230 miles from Sturch’s town of Batesville.[iv]

We know about Cranford’s connections because of the FBI investigation into his activities.  We know about Gallagher’s employment of Sturch because at least by 2016 Batesville residents began asking why Sturch’s employer was in DeQueen.

The bigger questions are: Is this just the tip of the iceberg? How many legislators now have lobbyist sponsored positions?