Taxes and Voter Participation: Sharp County Does It Right 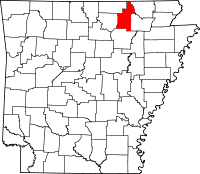 Representative James Sturch (R), is running for state senate in Senate District 19 against Susie Epperson (D).  Sharp County is included in the district. If Sturch is elected, perhaps Sharp County officials can convince him to vote “For” good government … and to not walk out again.