Few Arkansas politicians are willing to buck the system and try to stop government waste.  Senator Bryan King (R), Green Forest, is one legislator who is willing to take on the good ole boy system. 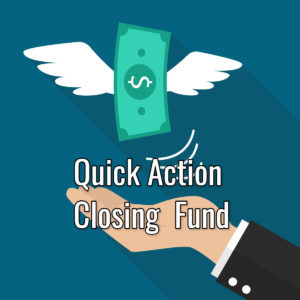 Senator King is proposing to end the “Quick Action Closing Fund” which is a discretionary fund for the Governor to hand out cash grants to businesses he chooses to help. The idea behind the fund is to give state funds to selected businesses to keep businesses or to attract businesses to Arkansas. A legislative committee “reviews” the Governor’s expenditures but cannot say “No” to the Governor.

Senator King says Arkansas can no longer afford to let the governor hand out money, since there is no longer a big general revenue surplus and he argues the money could be better spent on state needs such as highway maintenance and workforce training.

In a subcommittee meeting, Senator King was supported by Jacob Bundrick, who is a policy analyst at the University of Central Arkansas’ Center for Research Economics (ACRE). Bundrick says there is reason to be skeptical of the Quick Action Closing Fund as a job creator at the county level. Empirical research by ACRE found the “subsidies have no meaningful relationship with county-level employment. In the four-year period following the disbursement of those grants, there is no statistically significant increase or decrease in employment per 1,000 population in the county in which the subsidized project located.”[i] In addition, ACRE’s research did not find any job benefit in surrounding counties.

“The cost of funding the subsidies may lead to higher taxes or decreases in other more productive public expenditures. … Moreover, the artificial cost advantage the state provides favored firms may decrease business activity for existing companies. Arkansas’ unsubsidized firms are forced to compete on a tilted field with the firms that state officials choose to subsidize.”

Supporters of the Governor’s Discretionary Spending

Mike Preston, Arkansas Economic Development Commission (AEDC) Executive Director, defended his agency’s program saying it had helped create over 20,000 jobs. How did Preston explain the difference between the numbers he threw out and the results of research by ACRE?  He didn’t. Instead, Preston attacked the credibility of ACRE claiming it is funded by special interests slanted against incentives.  We address the credibility issue below and find several reasons to support ACRE’s credibility over Preston’s.

About a week after the subcommittee hearing Randy Zook, president and CEO of the Arkansas State Chamber of Commerce/Associated Industries of Arkansas wrote an article to the Democrat-Gazette to defend the Quick Action Closing Fund.  Zook side stepped the ACRE research which shows a lack of job creation by claiming the program is not about job creation. Zook said:

“In reality, the Quick Action Closing Fund by itself doesn’t ‘create jobs,’ but what it does do is help strengthen Arkansas’ hand when it comes to landing and closing economic development projects…. The purpose of the fund is not to ‘create jobs,’ but rather to incentivize investment in the state when we may not be the top choice on paper.” (emphasis added)

Zook’s argument is WRONG. His claim conflicts with the very law that created the fund. Section 2 of  Act 510 of 2007 says in part:

It is found and determined by the General Assembly that losing business to other states may result in distressed economic conditions to the State of Arkansas; that a contingency fund should be created and funded for the purpose of attracting new business and retain existing business within the State of Arkansas thereby maintaining and potentially increasing career and job opportunities for the citizens of this state; and that for the effective administration of this act, this act should become effective on July 1, 2007. (emphasis added)

Although the Quick Action Closing Fund was sold to the legislature to keep and increase jobs.  The ACRE research found no measurable job creation.

As you would expect, Mike Preston of AEDC defended use of the fund to give away incentives to those businesses chosen by the Governor to be winners. But Preston went on to attack the credibility of ACRE’s research. “Preston argued that Bundrick’s team is funded by special interests slanted against incentives…”[ii]

Since Preston raised the issue of credibility, let’s take a closer look and you can make up your mind about who has the most credibility.

Preston’s attack on the credibility of the ACRE team may have worked in the subcommittee meeting where many of those present were either lobbyists or legislators who like giving away your tax money. However, common sense says the Bundrick team’s credibility stands out as being solid.

Government’s attitude – we know best which businesses should win and which should lose.  And, government thinks it needs more of your tax money to guide the economy in this way.

Fiscal conservatives – use our taxpayer money more wisely and lower the high burden of taxes, so that Arkansas businesses can grow and have an equal chance of success.

Conduit for Action opposes the Quick Action Closing Fund and other discretionary funding given to Governor Asa Hutchison (or to any governor) to pick winners and losers in business.  Such corporate welfare is given to a few at the expense of Arkansas business owners in general. Our local business owners suffer because Arkansas is a high tax state. Instead of giving away tax money for favored businesses, lower taxes and give local businesses a chance to grow.

If you are tired of wasteful spending and high taxes tell your state legislators. We also hope you will tell Senator Bryan King “thank you” for fighting government waste, despite the deck being stacked in favor of the special interests who want to grab handfuls of your tax money.