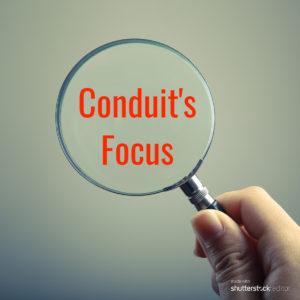 One of the complaints we hear is “Conduit spends its time criticizing Republicans and ignores the Democrats.” Mostly we hear this from the Republican politicians who vote like Democrats and don’t like being exposed.

While Conduit disagrees strongly with the Democrat agenda, it is true most of our articles, both criticism and praise, focus on Republicans. And with good reason! Conduit’s focus is on Arkansas government, and there are so few Democrats in the Arkansas legislature they are largely irrelevant.

Conduit’s focus is on Arkansas government, and there are so few Democrats in the Arkansas legislature they are largely irrelevant.

In reviewing 2019 legislation, we found that in general Democrat legislators were more likely than Republicans to vote to impose taxes, BUT it was Republican legislators who provided most of the votes needed to pass the taxes. For example, look at the Arkansas Senate votes on seven bills to impose taxes, all passed in the Senate:

(See: Who Picked Your Pocket? Democrats? Republicans? Both?)

Because all tax and spend legislation in Arkansas is sponsored by Republicans, passed by Republicans, and supported by a Republican governor, it is hard for CFA to highlight the few Democrats who merely helped Republicans achieve a blue majority. Yet CFA has done just that.  (See criticism of Democrats in: Democrats Few In Number But Still Screwing up Arkansas)

It is rare for a Democrat to be the lead sponsor of any major legislation in Arkansas, since Republicans necessarily decide whether to let a Democrat get credit for passing a bill or sponsoring a similar bill themselves. One of those instances where a Democrat was the lead sponsor of a bill we tracked occurred when Democrat Senator Will Bond was the lead sponsor of a bill (with several Republican cosponsors) to let officeholders raid their campaign funds and use it as personal income as long as the expenses can be characterized as expenses an officeholder might make. Did CFA let the Democrat off the hook?  Absolutely Not.  (See Making History – Act 879 & Greed)

If Republicans would just vote “Red” instead of “Blue” CFA could spend all of its time singing praises of Republicans.

In case you failed to notice, Conduit  praises fiscally conservative legislation and voting records. Here are a few examples:

CFA will continue to praise fiscally conservative legislation and shine a spotlight on tax and spend legislation that hurts the people of our state.  You don’t get a pass for supporting tax and spend policies just because you self-identify as a Republican.

CFA will continue to praise fiscally conservative legislation and shine a spotlight tax and spend legislation that hurts our state.  You don’t get a pass for supporting tax and spend policies just because you self-identify as a Republican.

If there were enough Democrats in state government to be a factor, we would spend more time on them. But, let’s hope that doesn’t happen. Left-leaning Republicans are bad enough!

We hope you will urge your Republican legislators to follow the principles in the Arkansas Republican platform and vote fiscally conservative. You can make a difference!

CFA focuses primarily on taxes, economic issues, our freedoms, and ethics (which is necessary if we are ever to have good government).

Under our economic freedom filter, legislation is analyzed by asking does it:

CFA is NOT a Republican organization, but our guiding principles coincide with the principles in the Arkansas Republican platform.