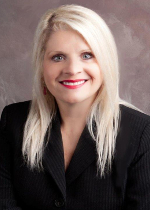 Linda Collins was in the middle of a firestorm in 2017.  As a state senator, she filed legislation to prohibit state legislators who are attorneys or consultants from representing clients before the legislature.  The attitude of some was, “How dare she put her colleagues in a bad light”…. but they knew she was right. Breaking news today confirms Linda was right all along.

There were persistent rumors about Senator Jeremy Hutchinson, the governor’s nephew. Supposedly he would agree to influence legislation for money. It was said he could be bought if bribes appeared as payments to be the person’s attorney. Linda said there was also talk among Senators that other legislators were using the same scheme to make money as legislator-consultants.

Linda wasn’t the only one to hear the assertions. She was just the only senator willing to risk her political career to do something about it.

Why was she so insistent about fighting corruption when so many in and out of government were satisfied just to grumble about it and then ignore it.

First, Linda’s service as a legislator was guided by her principles, whether it was about ethics, conservative fiscal or social issues, or protection of your 2nd Amendment rights.  Second, before Linda was elected to public office she served as a member of the Arkansas Ethics Commission.  You don’t serve as an Ethics Commissioner without becoming aware that the system has many loopholes.

In 2018, Governor Asa Hutchinson, Jeremy’s uncle, helped Linda’s opponent in the Republican Primary and she did not get reelected. She had been a thorn in the Governor’s side because of her insistence on conservative principles. With Linda out of the legislature, no one filed a bill to curb influence peddling.

Jeremy Hutchinson resigned from the Senate in August 2018 to fight federal charges alleging he misused campaign funds. Not long after Jeremy’s resignation, his cousin, Senator Jim Hendren, proposed the Senate adopt some new disclosure rules, but he avoided including a restriction on attorneys and consultants representing clients before the legislature.

The 2018 rule change wasn’t the first time the Arkansas Senate adopted ethics rules after a big scandal and it wasn’t the first time new Senate rules were crafted to avoid stepping on the money-making opportunities of legislators who are attorneys.  After corruption convictions in the 1990’s, two senators proposed Senate rules that would have restricted legislator-attorneys.  But before the proposal was presented for a vote some other senators were able to get concessions that made the restriction sound good but kept the rule from doing anything.

Will your Senator or Representative step forward and say “Enough is enough. Let’s stop the business of selling of legislation through the disguise of legal fees and consultant fees.”

You can read Linda’s 2017 bill and see the Senate vote by following this link.